Most of our summer staff will tell you they keep coming back to work at Camp Cho-Yeh for one big reason: for the impact the campers leave on their lives. For Andre Adams, this has been a major part of his experience working at camp the past four summers. Andre has come as a camper for Christian Leadership Training [CLT], served as a counselor for two summers, worked as kitchen supervisor, and now is back again to serve in a variety of areas, including the kitchen as needed, and being a counselor some weeks.

Andre encountered a life changing experience simply from the joy he found from running around and being goofy with his campers during activities. Participating in these fun events with his cabin of campers, week after week, brought Andre freedom to be himself. Andre discovered camp to be a refreshing distraction from the seriousness and stress he had been facing as a college student.

“My courage and bravery to seek freedom in Christ that summer built off of what the campers shared with me,” Adams said. “I found no bounds of what I could show them or what they could show me. The campers helped me be the counselor I was. God transformed my life.”

During Andre’s second summer working as a counselor, he faced a challenging situation within his cabin. During a Sojourners Epic week, one of Andre’s campers was struggling with feeling like he never fit in or that he was not good enough. However, by the end of the week, this camper pulled Andre aside and shared an exciting realization he had during Lifesong, a more serious worship night.

That night, the camper approached Andre saying he wanted to be baptized because he had decided to give his life to Christ. The very next night, everyone was able to celebrate this decision because this camper was baptized at camp. The two weeks this camper spent at camp Cho-Yeh impacted the trajectory of this high schooler’s life.

“Seeing this camper be transformed from wrestling with feeling worthless, to realizing that he had special talents and that he was loved by a God who loves unconditionally was incredible” Adams said. “This camper will forever stand out to me because it challenges me to pray boldly for the Lord to bring continued growth.” 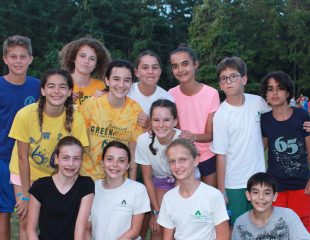 A Home Away From Home: International Campers 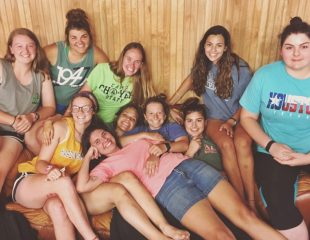 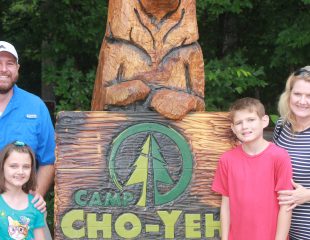