For as long as they can remember, camping ministry has been a central part of Randy and Jesse Spelbring’s lives. Growing up, their father, Rod, was a maintenance man at a Christian camp. Their Mom, Geri Ann, served as a nurse at camp. Camp ministry has been their entire family’s way of serving the Kingdom.

Randy started at Cho-Yeh in January 2011 as a retreat host then eventually moved over to full-time in the facilities department in 2013. Currently Randy serves as the Maintenance Manager, following in his father’s footsteps. He always knew he wanted to work full-time in Camping and the mission of Cho-Yeh appealed to him.

Jesse came to Cho-Yeh after his brother, Randy, told him about an opening that was perfect for his skill set. September 2013 is when Jesse came onboard as a maintenance technician.

Working in Maintenance is a behind the scenes job that makes an immeasurable difference. They aren’t the people that are up in front that everybody knows and people don’t always recognize the efforts of this invaluable group. However, the maintenance department is what makes Cho-Yeh operate so smoothly, they keep things working properly because everyone wants lights that turn on, toilets that work, and activities that work as they are intended to.

Another role of the maintenance department at Cho-Yeh is to coordinate the Volunteer Work Weekend at the end of March. They decide which projects to tackle, assign and lead the teams, and provide the necessary tools to accomplish the tasks of the weekend.

When the opportunity to serve Camp alongside their sons was presented to them, Geri Ann and Rod jumped at the chance. Geri Ann Spelbring loves camping and supporting her boys, so Volunteer Work Weekend was the perfect chance to do both of those. Even though this wasn’t the Camp her husband worked at, she has a heart for Camp and wants to give back. (It doesn’t hurt that she also gets to spend the weekend with her Grandchildren.)

Volunteer Work Weekend serves as a family reunion for the Spelbring clan, as they get to use their skills to further the Kingdom of God, and give back to a ministry that has shaped who they are as a family. 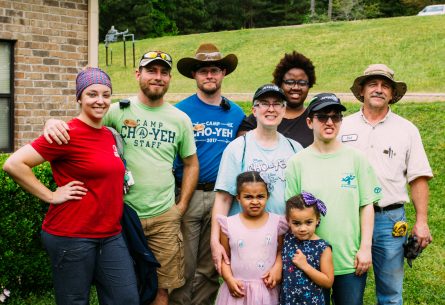 Previous Thrive 365 February: The Greatest of These is LOVE Next up Cultivating Faith: Karlie’s story 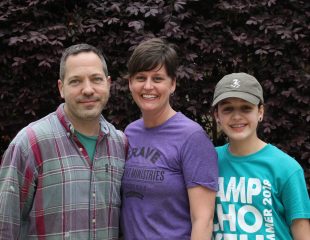 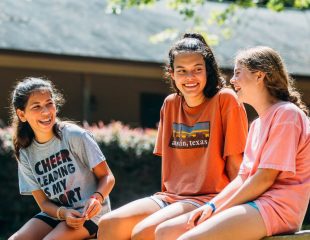 Thrive 365 February: The Greatest of These is LOVE 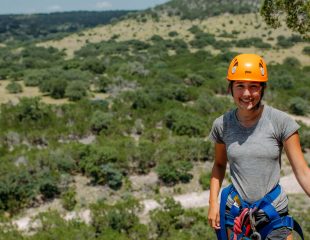