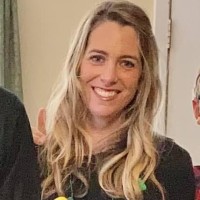 Hi, it’s Allison, the Camp Mom Expert. You probably have a lot of questions about all the fun camp lingo you hear (or will hear) around your house. Well, I’m here to help you out!

One of the things you will hear your camper get super excited about is Alpha and Omega (sometimes just called A/O).

At Opening Cho-gram on the first night of Camp, your camper will find out which team they belong to. Alphas are the red team and Omegas are the blue team. Cho-Yeh’s Summer Staff dress up as Spirit Leaders and lead their teams in chants and cheers.

Each day, campers compete in A/O Showdown. Campers have a blast getting painted up in red or blue to show their team spirit. The teams play a different game each day and can collect points by winning. The campers get very involved and competitive over who wins. It’s not uncommon to hear campers shouting team cheers on their way to the dining hall or “holding up their A’s and O’s” (by making a triangle or a circle with their hands) in a photo. At the end of the week, the Spirit Leaders reveal which team had the most points and won the competition.

Alpha and Omega teams give each camper a place where they feel they belong outside of their cabin. They have the opportunity to get to know older and younger campers within their team and work together as a group. Plus, it brings the whole Camp together for a fun tradition!

The Trading post offers Alpha and Omega themed care packages that you can order for your camper before Camp starts (if you know their team). Campers can also pick up team t-shirts, hats, pins, stickers and stuffed animals at the Trading Post throughout the week or when they get picked up on Closing Day.

The team system is a fun way for campers to compete and get to know even more camp friends. If this is your child’s first time at Camp, be sure to watch for clues in pictures as to which tribe they belong to! Then on the way home, you might hear them chant “Alphas rise up!” or “Omegas for Life!” 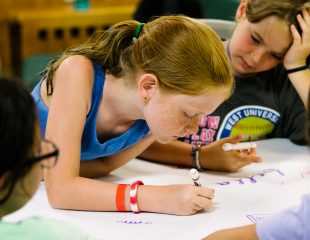 The Camp Mom Expert: Sending and Receiving Mail at Camp 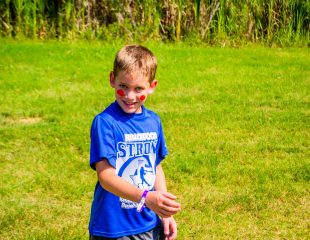 From Hesitation to Inspiration: Carter’s Story 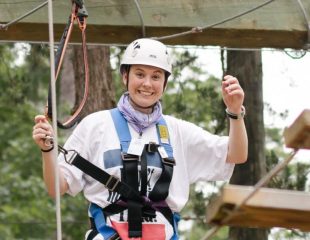